Vimeography Error: The Vimeography theme you are trying to use is not installed or activated.
Blog & Insights /

At Pixelcarve we’ve been fortunate to work with some of the most talented, visionary people and organizations in the country.

But few stand out like Ferris Rafauli, who has become synonymous with ultra-luxury mega mansions. He is responsible for creating some of the most massive and extravagant homes in the world. What’s more amazing, is that he designs and builds every single element – from the exterior, right through to the interior finishing’s. Ferris Rafauli is one of the most unique designers alive today, and he lives right here in the GTA.

Or, more precisely, in the Six – as another iconic Canadian artist likes to call it.

When Drake launched his exclusive, members-only, 4000sqf nightclub at the Air Canada Centre (now Scotiabank Arena) in downtown Toronto, he chose Ferris Rafauli to design it. What resulted was a swanky masterpiece in ultra-luxury entertainment that has yet to be matched in Toronto.

Notable for its sophistication and decadent style, Sher Club was a dramatic departure from the conventional Toronto nightclub scene. It set a new standard, and Toronto would never be the same.

But the Sher Club was just a dry run for the main show. 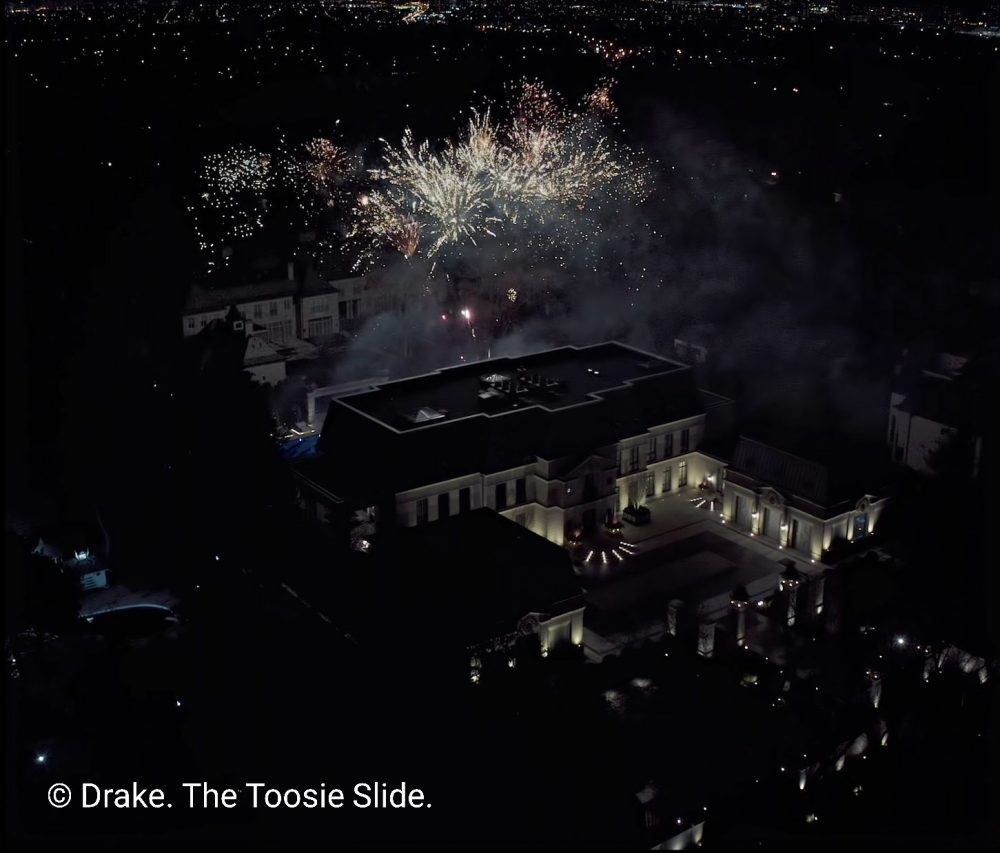 Drake is a global thinker with international ambition and an enormous vision for his life. You can’t achieve the kind of success that he has without that kind of mindset, and those kinds of aspirations.

But Drake is also a proud Toronto native. Some would argue that he put us on the pop-culture map. Toronto is where his home is, and it’s where he wanted to build his new home. A statement to the world about how far he had come since starting at the bottom. An ultra-luxury mega-mansion the likes of which has never been seen before, right here in Toronto on The Bridal Path.

And there was only one designer in the world with both the vision and capabilities to meet Drake’s expectations.

Ferris delivered, and the result is one of the most spectacular estate homes on the planet. The mansion was recently completed, and in solid Drake fashion, he shot a music video to celebrate it. Created as both a pop-culture sensation, and a private tour of his new house, Drake’s latest music video ‘The Toosie Slide” follows him up-close and personal as he dances his way through his stunning home from room to room.

Sadly, Drake will have to keep enjoying his mansion alone while the world continues to self-isolate due to the COVID-19 pandemic. But no doubt he will be the first to throw-down on epic house parties once we’re all allowed out again.

In the meantime, we can all enjoy a peek inside of Drake’s home, via his music video, and the spectacular images on the new https://ferrisrafauli.com/

When we first met Ferris almost a decade ago, he was already a visionary designer with a sense of scale, taste, and quality that we rarely come across. He was destined for greatness, and we loved working with him to create his first website.

But as Ferris has evolved and solidified his place at the top of his field, as the very best of the best in the architecture and design world, his website had to evolve too.

In anticipation of the Architectural Digest feature on Ferris Rafauli and Drake’s Toronto mansion, we are so excited to launch the new Ferris Rafauli website. A look inside his world of colossal mansions, super construction, gorgeous estate-homes, and some of the most intricate and extravagant details that taste can buy.

We hope you enjoy it. Our team is incredibly proud of the work that went into it.

If you would like your own website crafted for your personal brand, company, or organization, please feel free to get in touch with us and we’d be happy to explore the possibilities.

Share
Sign up to receive more free marketing insights & industry trends.
Leverage our 24 years of experience for free. If we don't offer genuine value after just one e-mail, simply unsubscribe with one click.
recent posts:

featured pages:
have a question? get in touch
by phone
by e-mail

Blog
How Much Does Blockchain Development Cost?
Insights
Sign up to receive marketing insights,

industry trends, and more from Pixelcarve.

Enter your e-mail address and stay a step ahead.